Did you know that the median pay for someone with a mechanical engineering degree is over $95,000 annually?

However, money isn’t the only reason you should consider going to school for a degree in mechanical engineering. This blog will discuss a few of those reasons and more.

Reasons to Get Your Mechanical Engineering Degree

Pursuing a mechanical engineering degree will open a world of possibilities to the right student. The reasons to get your degree in this field include the following.

Obtaining a degree in mechanical engineering opens up a broad field of choices with many career paths you can follow. Many graduates end up in fields such as aerospace engineering, petroleum engineering, or surveying, just to name a few.

The areas that a mechanical engineer can enter as a career are also varied, including possibilities such as chemistry, sales, construction, geology, marine life, agriculture, and more.

The point is that you can change your field with just a bit of specialized training, not be stuck in the same field if you want a change over time.

As previously mentioned, this is a career that pays well. While, of course, this annual salary varies according to experience and the state where you live, the pay is excellent regardless.

According to where you work, some of these jobs also come with bonuses and profit-sharing. For example, if you go into the aerospace industry or petroleum engineering, it’s possible to make well over six figures a year, making this a great paying career.

Technology Is the Future

From brain-reading robots to 3D-printed bones, there’s no denying that technology is our future.

When you have a degree in mechanical engineering, you’re at the forefront of making those things happen. You’ll be developing tech for construction, transport, robotics, healthcare, and more, according to your chosen field, after graduating.

If you love technology and have an urge to learn about everything mechanical, then this is the field of study for you.

As a mechanical engineer, you’ll learn how things work, and not just on a remedial level. In fact, you’ll be the person that people turn to when something needs explaining or stops working.

How to Become a Mechanical Engineer

To become a mechanical engineer, you first need to sign up for classes and then work towards getting your bachelor’s degree.

Once you’ve completed your classes, you’ll be required to take the licensing exam to become a mechanical engineer.

It’s essential to note that many states require continuing education to keep your license, so check the state you live and work in to be sure.

There are also certifications you can apply for in the mechanical engineering field. These certifications will vary according to the industry you’ve decided to pursue a career in.

Remember, however, that earning that bachelor’s degree and passing the licensing exam doesn’t mean you are guaranteed a job.

Read the tips on what to do when you receive a job offer in your chosen field for help with that.

When it comes to choosing a career path, if you love all things mechanical and tech-related, then a degree in mechanical engineering is probably the best choice for you. The job outlook is excellent, the pay is great, and you’ll never hate a day of the job you do. 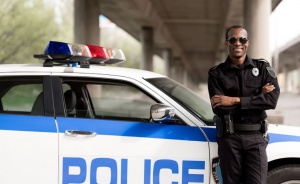 A career in law enforcement and criminal justice may be perfect for you, especially if you’re looking to make a change in your community. A criminal justice degree provides many fulfilling career opportunities in the field of law and order. With your degree, you’ll have the option to specialize in investigative work, crime prevention, and behavioral science.

You found yourself at the right place if you’re looking to know more about the professions you can pursue with your criminal justice degree. Here are some of the top career opportunities you can take, including the usual responsibilities:

The most usual career path for a criminal justice graduate is to be in the local police force. A criminal justice degree may help you maximize the possibility of getting a promotion and speeding up the climb to higher positions too.

The available rankings for the police force depend on the size of your department. Typically, most police departments have a ranking system similar to that of the military. If you aim for higher positions, you need to upgrade your level of education as well. Thus, you may want to check out the best online masters in criminal justice to help you advance your career.

Here, the rankings range from corporal, sergeant, lieutenant, captain, and chief. But, other departments, usually those with a modest size, also offer a position for detectives.

Bigger departments, on the contrary, have more specialized positions, including but not limited to, canine and harbor patrols.

Some officers are usually called troopers in other police forces. Although troopers share a similar job description to regular police officers, there’s the addition of state traffic law enforcement and monitoring of interstate highways.

Troopers also help the local police department if assistance when dealing with emergency cases is needed. In some cases, the court calls on troopers to provide assistance and protection. In other instances, troopers are also promoted to fill the work of investigators. When police officers are called to take a federal level position, the title then changes to ‘agents.’

The minimum educational attainment to enter the police force may change, depending on the state you’re from. But, usually, most states look for a college degree.

In addition to that, you must also complete the police training program or on-the-job training in a local department. On the other hand, federal agents go through supplementary training that’s necessary for the position. This is done through the Federal Law Enforcement Training Center.

Once you pass all your required training, the federal or state jurisdiction you plan to serve will provide you with special certification and licensure. 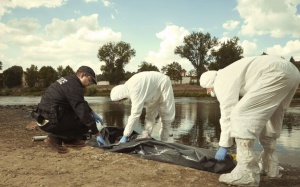 Another career you can take with a criminal justice degree is in the correctional institutions. Corrections officers are the ones who are responsible for supervising individuals who have been arrested.

If you’re interested in being a correction officer, you can expect to work as a bailiff or a jailer. Either can be stationed locally or in state and federal governments.

If you’d much rather work behind the scenes, then you might want to consider a position in legal science. Paralegals comprise the legal support system.

As a paralegal, your responsibility is to assist lawyers in preparation for court trials, hearings, and other legal meetings. Your particular duty as a paralegal would depend largely on the firm you’re working with.

However, most paralegals share a standard job description which includes:

As a paralegal, you have to be adaptable and remain composed and firm in times of complication. On top of that, you must also possess great knowledge about depositions, legal trials, and the preparation of witnesses for questioning.

If you’re looking to pursue a legal science career, you’ll do well with an associate degree in paralegal studies. However, several firms require a bachelor’s degree. But, if you’re a criminal justice degree holder, you’d still need a specialized certification to start practicing.

Another career is to be a criminalist. You’ll be doing crime scene investigations (CSI) which lets you collect, document, and preserve forensic evidence.

As a CSI, you’re also responsible for recording observations, taking photographs, and drafting sketches. Typically, it’s your duty as a criminalist to conduct laboratory analysis from crime scenes.

You can also expect to work closely with other law enforcement officers. However, once you earn more working experience, you can specialize in one aspect.

Likewise, you can also become a (CISO) responsible for overseeing data security plans and cybersecurity management. You’ll be responsible for establishing protocols to detect security threats and maintain an up-to-date firewall.

As an ISO, your duty will also include managing both hardware devices and software applications to prevent any unauthorized breach of data. In the case of data breaches, you’ll perform an investigation and security improvement to avoid further attacks.

Criminal justice degree holders like you can also enter the field of education. After all, without college professors, you’ll leave the next generation of college students without an educator.

To be a criminal justice professor, you’d need a bachelor’s degree and another advanced degree such as a master’s in the field you’re teaching.

Like its police counterpart, as a fire investigation officer, you’d be expected to conduct investigations on incidents involving fire.

You can also expect to work with several law enforcement officers in a fire accident, especially if it’s deemed to be arson. In such a case, fire and crime scene investigators come together to comprehend the nature of the crime and locate the perpetrator.

As mentioned, there are several career opportunities for you. A criminal justice degree also opens a lot of windows for employment growth and development. But, it’s important to note that the specialization you choose right now will largely influence which field in criminal justice you’ll end up in. Thus, you can start specializing in criminal justice programs that you want to have a career in.