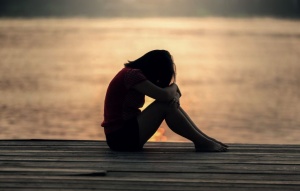 As the parent of the teen, one of your first fears might be that they are abused in any way, including sexually. Unfortunately, sexual abuse is a reality, and perhaps one that’s more prevalent than you might think.

There are often stories of sexual abuse that happens to both male and female teens, and the perpetrator is often someone who is trusted, such as a teacher or school official.

The CDC estimates 1 in 6 boys and 1 in 4 girls will experience sexual abuse in the U.S. before they’re 18.

If you can recognize the warning signs of abuse, you may be able to stop it before it happens or do something about it quickly if it already has.

The signs of abuse in teens can be challenging to identify, however.

The following are things to know about red flags of sexual abuse that are often seen in teens, and also more details about what you can do if you’re a parent.

If there were going to be physical signs or symptoms, they might include unexplained bruising or symptoms of sexually transmitted diseases.

You are more likely to start to see there’s a problem by the way your teen behaves, but again, that can be challenging because teens tend to be moody and unpredictable regardless of the circumstances.

In girls, in particular, some of the symptoms that may occur when they are a victim of sexual abuse include:

Sometimes the signs of sexual abuse can be different in males versus females. A male may become aggressive, for example, while that’s less common in females.

Boys who have been sexually abused may show signs like inappropriate sexually related behavior and physical problems like pain in the genital area.

With both boys and girls, changes in sleeping or eating habits can also be indicators that something isn’t right.

If you do see anything that you as a parent feel isn’t right, it’s important to try and talk to your teen about it because they may be honest with you.

If your teen comes to you about it, you should first and foremost tell them that you believe them and thank them for being honest.

If your teen comes to you to tell you this, rather than asking questions, just let them speak.

From there, you will need to get professionals involved.

If you find out, as a parent, that your teen has been sexually abused, no matter what your child says they want, you have to contact the authorities. This is important not only for your child but for other children and teens who could be victims.

You are obligated to report it, and there are safeguards in place to prevent your child from being retraumatized in a court situation.

You may also need to talk to a medical professional and also a counselor or mental health professional.

Dealing with Your Own Feelings

As a parent, your first priority will undoubtedly be helping your teen in any way possible, but eventually, you will also have to deal with your own feelings about the situation.

You may feel extreme anger, guilt, shame, or so many other emotions. It’s normal to feel this way, particularly since as a parent, you want to protect your child more than anything.

You first have to avoid showing these emotions around your teen because it’s probably going to heighten their own similar feelings.

You can talk openly and honestly with your teen, but don’t let your emotions become so outwardly escalated that you add to the stress or trauma your child is feeling.

You may benefit from participating in a support group or talking to a counselor yourself as well.

The reality is that a trauma like teenage sexual abuse can affect your child for the rest of their lives, but at the same time, their life is far from ruined, and the next steps you take can make a world of difference.

Long-term therapy and emotional support are going to be two of the best things available for your child.

Don’t pressure your teen into anything they don’t want to do, and take the process as slowly as they need it to be.