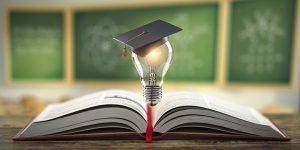 Once a student enters college, a necessary part of their academic pursuit is to write papers and journals. Depending on your chosen institute and field of study, it can even be a requirement for graduation to come up with these papers. Of the variety of papers that you’ll be gaining exposure to during your academic journey, a common category that you’ll surely come across is academic journals.

This refers to scholarly documents published by experts. Before they make their way to the public, they would normally have already undergone a thorough peer-review process. In general, an academic journal is not published to earn money. Rather, its purpose is to share information with the public, so that knowledge can be passed on to benefit others.

That said, some universities have truly excelled in this pursuit. Some of the universities that rank the best in terms of number and quality of academic journals are the following.

Of course, it would come as no surprise to anyone that Harvard has made it to this list. In fact, Harvard always makes its way to all listings of excellence, such as College Rank. When it comes to academic journals, Harvard tops the list, particularly when talking about nature and science.

Harvard is considered a top-notch university, not just in the United States, but in the rest of the world as well. It boasts quite a long list of notable alumni that have made a name for themselves as experts in their respective fields. Hence, the quality of academic journals that it produces is consistently high.

Going beyond scholarly articles, Harvard has also produced a number of inventions that have changed the world. These include oral contraception and the vaccine for smallpox.

The University Of Toronto is second on this list, because of its comprehensive scope of subjects and degrees offered. The overall performance of its alumni is also excellent, publishing not just academic and scholarly journals, but also achieving prominence in their respective fields. If you happen to be an international student who’s considering attending the University Of Toronto, it’s a great choice because of its high population of international students.

The University Of Toronto also consistently receives an A or the highest rating for the following:

If you’re interested in quality academic journals in different fields of science, Stanford University also produces quite an impressive number. It ranks well in terms of chemistry, physical sciences, and life sciences.

Stanford University has also produced notable authors as their alumni, one of which is bioengineer and neuroscientist, Karl Deisseroth.

There are several good reasons why Stanford stands out, and these include: 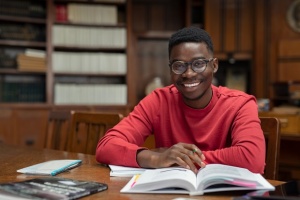 John Hopkins University is one of those institutes that consistently features well in rankings, in terms of overall academic performance. This also includes its outstanding plethora of academic journals.

This university focuses on applied science and technology, so most of its academic journals are also centered on this field of study. The Whiting School of Engineering, in particular, is the one that excels notably, due in part to its commitment for outstanding research and academic standards.

Another great advantage of John Hopkins University is that it has quite a number of academic partnerships with international peer organizations, allowing their collaborative research for better academic journals to regularly materialize.

MIT is often labeled as one of the world’s most prestigious higher education institutes. It has earned its spot on this list, as it has an impressive 150 years’ worth of background in research to boast of. More specifically, the emphasis of its academic journals lies in the field of entrepreneurship and applied science.

In 2018, MIT became very famous for one of its published research journals, which investigated which kind of news spread faster – true or false news. It was featured in over 360 news stories. The final verdict? Lies spread faster.

For all these reasons, MIT is a great choice for academic research and studies, including the following:

Another college on this list from the United States is the University Of Michigan. When students make their way to the halls of this college, they are guaranteed endless opportunities, as evidenced by the scholarly and academic journals that graduates have produced.

The University Of Michigan boasts a wide breadth of educational opportunities, mainly due to its status as a public research institution.

The Max Planck Society is the most successful research institution in Germany. This puts it on equal footing with the rest of the prestigious research institutions in the world. Eighteen Nobel Laureates have passed through here, so you can rely on their academic journals to be wide-ranging and of excellent quality as well.

The Max Planck Society is so successful that it’s able to come up with over 15,000 publications each year consisting of renowned scientific and academic journals.

Not surprisingly, Max Planck is also the birthplace of many notable discoveries in the field of science. These include matters as complicated as antiretroviral treatment for HIV-Aids.

When you initially think of an academic journal, the first thing that comes to mind is that it is unlike any other publication. It’s not a simple commentary, nor is it written by journalists. The authors of these academic journals are experts that have excelled in their fields. Hence, this list comprises some of the best universities that have become known for publishing the most academic journals.