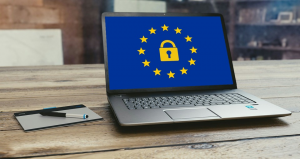 Ever since the Facebook scandal personal rights of internet users has been drawn into question. A debate rose over just how private things like personal data is on the internet. In order to address this issue, the European Union introduced GDPR (General Data Protection Regulation). GDPR is one of the biggest changes to data privacy laws ever, and affects not only people in Europe, but also others around the globe. However, what exactly is GDPR, and how exactly does it change data privacy laws? Here’s three things you need to know about GDPR and new data privacy laws.

GDPR is a new European Union law that is designed to protect the digital privacy of all European Union residents. In order to do this, GDPR clearly defines what your digital data is and what protections it can receive. Some of the data GDPR covers includes your digital records, IP address, and GPS location. Previously, this data was freely available to businesses, raising some privacy concerns. However, after the recent Facebook scandal the European Union decided to take matters into their own hands. Businesses now must ask users for permission before this information can be collected. In addition, if a company has already collected your data and you would like them to delete it, the company must comply with your wishes. At its core, GDPR is designed to protect citizens’ privacy rights and prevent companies from exploiting them.

Is The U.S Affected?

Although this law was designed to protect citizens of the European Union, U.S consumers could still feel repercussions from GDPR. All companies that collect data through the Internet need to follow these regulations for their European users. This means that these companies need to put out adequate notice and provide some sort of opt-out method. You probably have already had a few notices from major companies asking you whether or not you want your digital information to be collected or retained. However, in America there is no requirement for this to happen. Companies may very well expand their new European Union policies to their American consumers, but there by no means required to do so. In the end, American consumers may see some change following GDPR, but until stricter American regulations are put into place the change won’t be that significant. So at least for now, American companies can still see that you’re searching for houses for sale in Jacksonville, FL and other important aspects of your life.

Failure to comply with GDPR can result in multiple sanctions and punishments for a company. Unfortunately, not every company has the capacity to implement these new policies in a timely manner. While companies like Facebook and Google may have the resources to ensure their policies align with GDPR, smaller independent companies that rely on data collection may struggle to meet demands. If these companies can’t adapt in time, then the European Union will place irreparable sanctions on them. When the dust settles, major corporations with a vast amount of resources should be able to adapt without a problem, but smaller companies could struggle to keep up with the new regulations.